Q: My child is telling lies, how can I help him?

Question: I have caught my four-year-old year telling lies and exaggerating outrageously. I told him it’s bad to do that and that if I catch him again, I will punish him, but he is still doing it. I am particularly worried that it may happen at playschool, and perhaps even develop into stealing things. Please help me. I don’t believe in hitting him but I don’t know what else to do.

Answer: I can imagine this must be upsetting for you. However, children are basically truthful and will normally lie only if they have found that telling the truth results in punishment or the loss of the love of their parents or somebody else whose love they need. So if we find that a child is lying, we need to uncover the reasons that have caused the child to learn that lying is a survival skill. 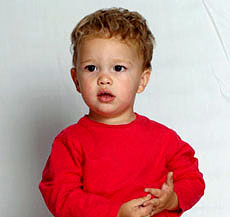 If we deal with the underlying fear of telling the truth, the child’s behaviour in the present will probably change automatically. Children are basically honest unless they have learned that it is dangerous to be honest and that honesty brings punishment. Also, trying to teach them logically that lying is wrong, usually doesn’t help as it doesn’t address their fears. What we need to do is find out why they are doing it and the best time to act is at the moment you catch the child lying, or if someone reports it to you and they hear about it. That gives you a “moment of opportunity” to reach them.

It usually helps to hold the child physically (firmly but kindly) and ask, “What is going on. You must have been scared that something bad would happen if you told the truth. Would you like to tell me about it?” At this age they probably won’t be able to verbalise it, and are more likely to burst into tears or get defensive. That’s fine, we can just “reflect” back the feeling by saying something like, “I can hear you are really upset” and then just be there for them if they cry, which will help them get their feelings out.

Often it takes more than one of these sessions, but as they learn that we are their “safe place”, that we care about how they feel, and that we will never punish them for telling the truth, their confidence will grow. Also if someone outside the home is doing something that frightens them so much that they are afraid to be truthful, they may eventually be able to tell us about it, making it possible to speak to the person and make them aware of the problems they are causing.

At the same time we can check to see if there are situations in the home where we have punished the child for something, resulting them becoming afraid that if they tell the truth we will punish them again. Have we hit them, shouted at them, or given them any other punishments that have made them fearful of telling the truth? Children also look up to us and copy the behaviour that we model for them. So we need to check ourselves to make sure we have always told them the truth, and also that we are truthful with each other. If children see us telling half-truths in order to squeeze out of tight corners, then they will think, “Oh, that’s how people do things” and they will do the same.

There is another kind of “stretching the truth” that very young children do. They tend to live in a world where they don’t know the difference between fantasy and reality a lot of the time, and will sometimes tell “tall stories” about how many lions they killed this morning, that they flew to the moon, or that they are the strongest of all their friends. These stories often portray themselves in a good light, and may be a way of boosting their self confidence if they are feeling a bit helpless, or are being picked on or bullied by other children. On the other hand, their stories are often just pure fantasy for the fun of it, which is why little ones love fairy tales. Toddlers telling “tall stories” are quite harmless, and if they are really creative, it may tell us that we have a budding future novelist on our hands!

We can enter into these stories playfully and exaggerate them even more. The more outrageous we make it, the more they will do the same, and everyone will end up laughing. The children know it is just a game, but learning that they can be creative by using their imagination helps them develop the side of themselves that might one day help them be a creative writer, story-teller or actor. As they get older they are better able to separate reality and fantasy, so this is just a passing stage, but one that if encouraged playfully, can help them develop their creative talents.

2 responses to “Q: My child is telling lies, how can I help him?”